Selling your Home? Make Sure you Know How it Looks in the "Cloud"

Selling your Home? Make Sure you Know How it Looks in the "Cloud" 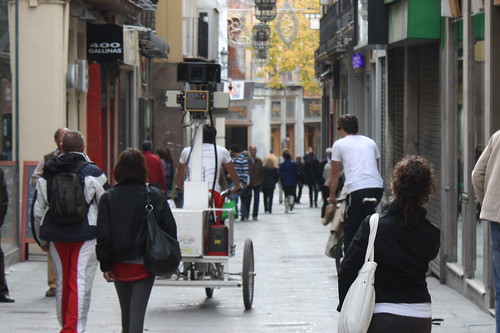 A Photo of a Google Tricycle scanning a neighborhood for Google Street View
And I am not talking about the weather. Increasingly, information about US homes lives in the cloud, served up over high speed internet connections. For example, the National Association of Realtors is rolling out its own real estate database (directory) called Residential Property Resource–its goal is to provide comprehensive data on 150 million homes in the United States. (For a description and first take to the recent announcement, click here.)
Google has been moving in this direction for several years. I recently wrote about Google Map’s 3D Modeling Tool, Sketchup, and the ability to search real estate listings in Google Maps. Also, Google Street View in Google Maps simulates a 2D drive-by of many properties. Google Maps gives satellite views of most properties and their goal is to have a place page for individual structures.
So even before your home is on the market–there is already a lot of data about it on-line.
As a practical matter, if you are selling your home, make sure your agent knows how to take advantage of these tools and at the very least, is aware of how your property presents online already and that it is accurate.
I have used Google Maps to look at aerial views of country property for example, and sometimes the pin indicating the property address is literally a mile or more away from the actual location and put it in the middle of a flat vineyard rather than a scenic hillside. I know that but a potential buyer may not. Or on one country property listing I had, the pin gave a very misleading view of the house’s location in relation to the neighbors. I was able to relocate the map pin to the home site, which gave a more accurate view of the home in relation to the acreage surrounding it.
Google Street View adds a whole other dimension, literally, to the cloud view of your home.
Google actually sends people out in cars (lots of hybrids supposedly) and on tricycles to photograph neighborhoods, as in the photo above. Kind of creepy actually. Unfortunately, sometimes the photos on Google Street View are not very current, as a I discovered on one of my listings earlier this year. The home had be re-roofed and painted a year earlier but the Google Street view was a before picture which prominently featured the garbage cans and dumpster in front of the house. The listing flyer software we were using automatically included a Google Street View of the property, but it was very misleading. I was able to tweak it slightly, and chose not to link to it in my marketing materials since ultimately it was giving the wrong view of the property.
Every buyer I work with, especially the ones who are from out of town, from Marin to New York to Piedmont and Palo Alto, studies Google Maps to learn about properties that they are interested in. If they don’t like what they see, they move on. That is why it is important for you and your listing agent to know how your home looks out in the cloud because these tools will either be working for you or working against you.

Google gets deeper into Real Estate but Offers Inaccurate Results

Thanks to 638 Photographers and Flickr: Take a Look at Sonoma County

Where Have I been Lately?–Twittering and Trulia, Healdsburg to Petaluma

Inventory, Inventory: Who's got the Country property inventory?